Have you heard of "the most expensive hyphen in history"?

Imagine losing $156 million today just because of a tiny error in a computer program. The Mariner 1 incident is an example of how tragic computer program errors can be. Still, these were the early days of programming, with no error detection and code editors.

What defines this moment? Software reliability.

Software testing ensures functionality, usability, security, and performance, all of which fall under software quality, an attribute of Software reliability.

That's it; let's get started!

I recommend you have the following requirements for an excellent read as you code or read, then code experience.

Unit: an individual thing or person is regarded as single and complete but can also form a particular component of a larger or more complex whole.

Individual units, such as function calls, are tested during unit testing. Integration testing (integrated component testing), on the other hand, combines the results of several tests. A good example is testing the process of creating a new user account on a website. In this case, several units are tested, including those that verify user data, such as email, generate a confirmation link, and confirm a user.

However, in unit testing, these methods are tested separately. Below are illustrations. 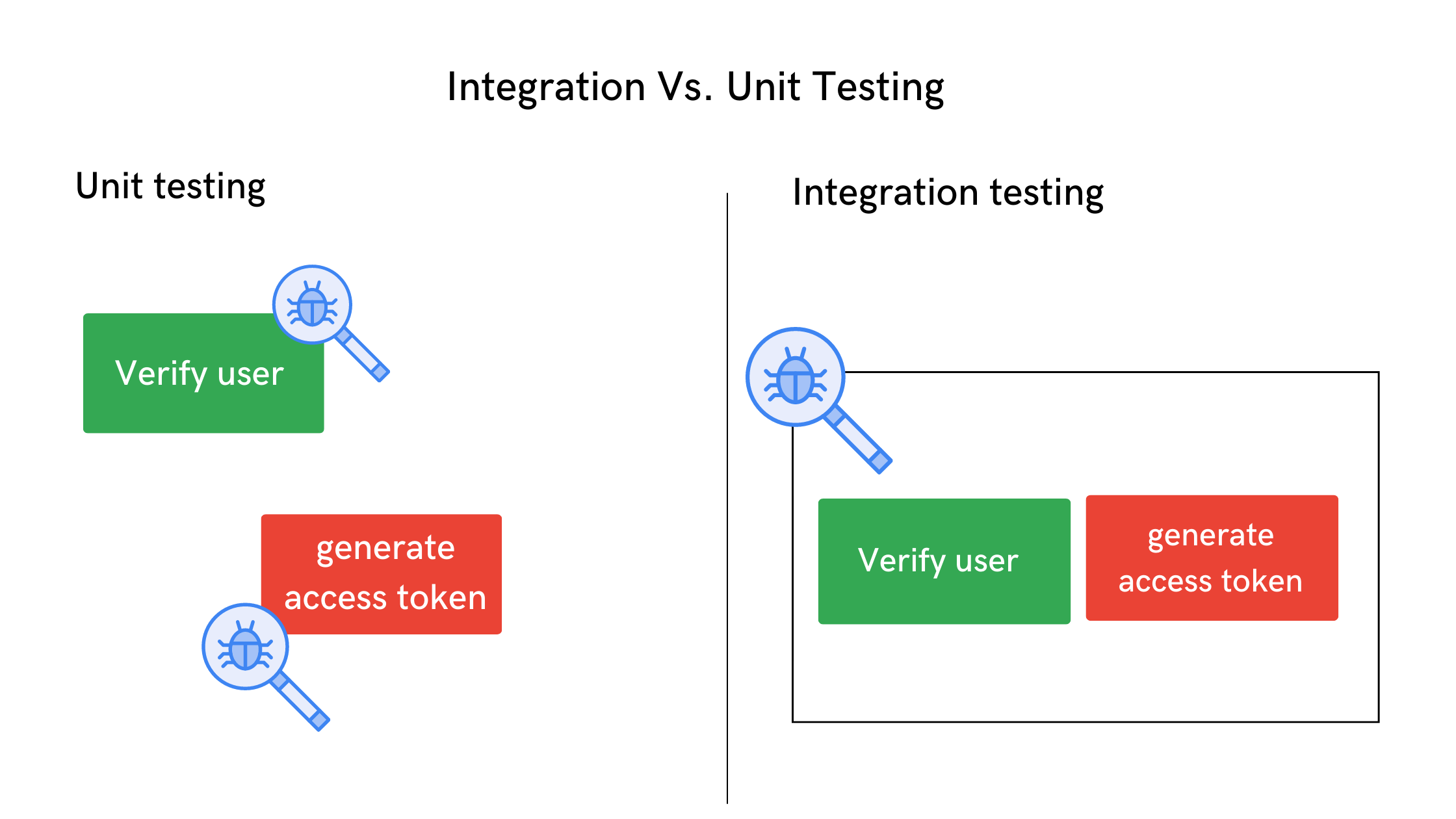 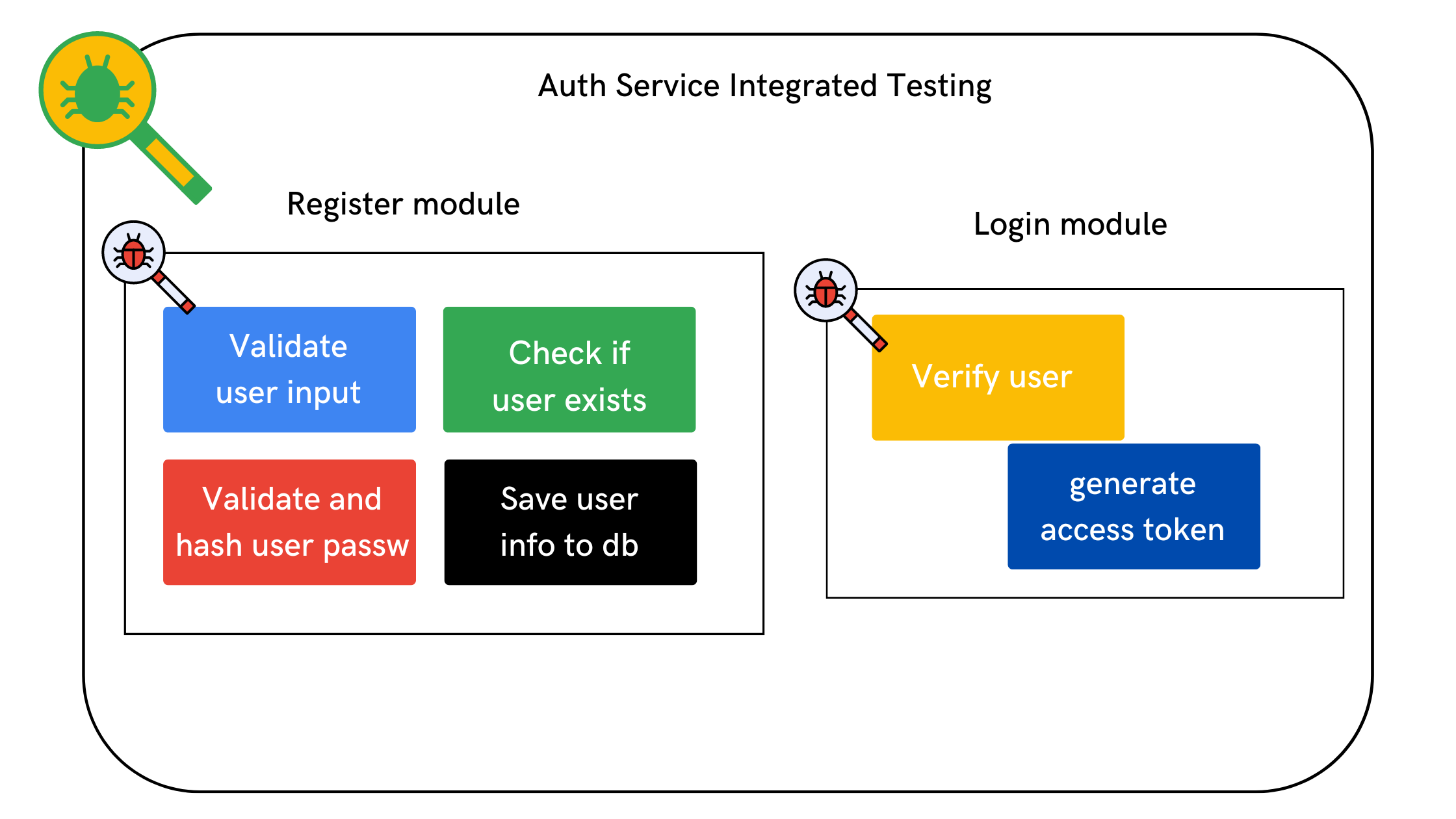 Why Do Integration Testing?

Why are your reasons for writing integration tests?

While some of your motivations may differ from mine, here are some of the reasons why developers and testers write integration tests.

In this section, you will learn how to write integration tests and some of the fascinating features that Pytest provides to make testing effortless.

Before we start writing tests, here's what we need to test:

The goal is now clear, so go ahead and install the app in your environment, test the API endpoints with Postman, and then join me.

Pytest at a Glance

Using the command above, pytest will run all files with the extension test_*.py or *_test.py in the current directory and its subdirectories. To run a specific test file, execute:

Setting up a Test Environment in a Flask App

Why do you think we need a separate test environment from our main app?

It's simple: a test environment provides you with the essential set up to run your test cases.

In your existing Flask config.py file, activate the test flag as follows:

Refer to the complete configuration file.

For modularity and scalability in tests, pytest provides fixtures.

Fixtures are functions executed before each test function to which they are applied.

Fixtures feed test data, such as database connections, URLs to test, and input data. Instead of running the same code for each test, we can attach a fixture function to the tests, which will run and return the data before each test is executed.

Fixtures declared in the tests/conftest.py file become globally accessible to all test files in the test package, eliminating the need to import fixtures when required.

First, we need a test client that sends requests to the application without requiring a live server to run.

We create a test client within our conftest file, as shown below.

Afterward, we create a test client for our application; app.test_client() is a function that returns a Flask application configured for testing. The app_context() makes the current_app point at this test application.

2. Build It Up, Initialize and Tear It Down

As a best practice, always start testing with a clean database. This next fixture populates our database with test data, then builds and tears it down after tests are completed. Take a look.

Congratulations, we now have a test environment with the proper configurations; let us now test the endpoints.

In the preceding test case, we send a POST request with sample user data to the create user endpoint. The response is then asserted to be equivalent to the data sent. This is how the API endpoint actually works. We can also verify that the status code returns a 200, indicating success.

The assert keyword is used to validate test expectations.

In this case, we make a GET request with a specific user id and then verify that we get the correct data back in the response.

A GET request to return and assert all of the database's test users.

In this test case, we send a PUT request with an update of a specified user's details. We then assert that the response contains the updated user data.

That's it. We successfully wrote tests for all of the endpoints. If you set up the application, run pytest -v to see if it works.

I'm happy to tell you that the skills you've learned in this article are applicable across different platforms; the syntax may change, but the concept remains the same.

You've learned what integration tests are, how they differ from unit tests, and how, according to the Mariner 1 story, if they had tests at the time, they could have detected the missing overbar early on. As a result, testing is as important as any other development phase.

You've also learned how to set up a test environment, why you need one, and how to write tests. If you haven't already written any tests, now is the time. Please leave a comment if you enjoyed this article.

See you in the next article, and in the meantime, keep learning.